HPC for International Collaboration between Europe and Latin America

A workshop organized in conjunction with IEEE Cluster 2022

For the last three decades, international collaboration in HPC between Europe and Latin America has grown in number, size, and impact. This workshop aims to discuss how to keep the momentum and work towards sustainability by reinforcing the bridges between the HPC communities in both regions. Several projects have been developed in Latin America to build advanced computing platforms with the support of European institutions. EU co-funded projects such as EELA, EELA-2, GISELA, CHAIN, CHAIN-REDS, RISC, EUBra-BIGSEA, ENERXICO, HPC4E, or RICAP constituted comprehensive initiatives of collaboration in HPC among partners in Europe and Latin American countries and proved to play a crucial role to foster academic and industrial development. Focusing on sustainability, several ongoing activities aim to replicate the European PRACE model in Latin America, such as SCALAC and RedCLARA. This workshop is organized by the EU RISC2 and EU-LAC ResInfra projects, whose objectives are to promote the exchange of best practices through shared infrastructures and meetings and training, organized to coincide with major HPC events in Europe and Latin America. This workshop aims to exchange experiences, results, and best practices of collaboration initiatives between Europe and Latin America, in which HPC was essential. The workshop will start by presenting the results of RISC2 and ResInfra projects, focusing on the strategic partners and plans for HPC sustainability in Latin America. Then, research papers addressing projects developed by bi-regional consortia will follow, focusing on the strengths and opportunities to improve the Latin American HPC ecosystem.

We live in a parallel computer world. Literally. Think of all processors you have around, from the chip in your cell phone to the processor in your desktop computer. They all have multiple cores and possibly accelerators too. To unleash the full potential on all those devices, it is crucial to develop skills in parallel reasoning. How do you design a parallel program? What are the major concerns when running a concurrent code? We will discuss the fundamentals of parallel computing during an introductory lecture. Those principles apply throughout the broad spectrum of parallel architectures.

Modern computer architectures are based on processors that have multiple cores. Thanks to chip manufacturing advances, shared-memory parallel computer systems have become relatively inexpensive and intended for general-purpose use. Being able to leverage that computing power is crucial to enhance the performance of scientific applications. In this half-day tutorial, we will explore the OpenMP application programming interface using a hands-on approach. This widely adopted standard enables the creation of shared-memory parallel programs and provides several features to maximize hardware resource utilization in modern parallel architectures.

Data visualization generally divides into two classes – information visualization, which addresses the visualization of large sets of discrete data (the sorts of things typically stored in relational databases or spreadsheets) and scientific visualization, which addresses continuous space filling data represented on computational grids such as results from the simulation of physical processes (think weather or climate simulation, computational fluid dynamics or finite element analysis). This tutorial will address the latter, with particular attention to Paraview and VTK, which are used to visualize data on a wide range of scales spanning desktops to supercomputers. The tutorial will consist of half a day (or more) of introductory lectures on Paraview including basic principles and use, scripting and how and (more importantly why) we move to supercomputers. 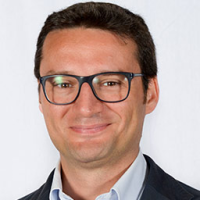 Biography:  Dr Daniele Lezzi received his M.Sc. degree in computer engineering in 2002 and the PhD in Information Technology Engineering in 2007 from the University of Salento, Italy. From 2002 to 2006 he has been a team member of the Center for Advanced Computing Technologies division of the National Nanotechnology Laboratory of the University of Salento and has also been lecturing on computer science fundamentals. From 2006 to June 2008 he was a researcher in the Euro-Mediterranean Centre for Climate Changes (Italy) involved in the design of the computational infrastructure and worked as consultant of the SPACI (Southern Partnership for Advanced Computing Infrastructure) consortium, Italy. Since 2008 he has been a researcher at the Computer Sciences department of Barcelona Supercomputing Center. His research interest covers High Performance, Distributed, Grid and Cloud Computing and programming models. In particular, this research addresses the design of programming frameworks for the porting and execution of scientific applications on distributed computing infrastructures like Grid and Clouds with special emphasis on interoperability. He has participated in several EC funded projects like GridLab, CoreGRID, BEinGRID, OGF-Europe, SIENA, VENUS-C, IS-ENES, EGI Federated Cloud, EU-Brazil OpenBio, EU-Brazil Cloud Connect, EU-Bra-BIGSEA, mF2C (mobile Fog to Cloud) and the Landsupport initiative He is currently involved in the BioExcel Center of Excellence for Computational Biomolecular Research and in the DT-GEO project.

Review of EU-LATAM collaboration on HPC. In recent years, Latin America funding agencies and the European Union have consolidation international co-operation ties in science and technology, by launching collaborative calls for R&I projects in ICT through specific calls from FP7 to Horizon 2020 programmes in EU. In particular, the advent of Artificial Intelligence, Machine Learning and Big Data, has led to a broader use of HPC in industry, commerce, healthcare, positively affecting the economy in general, in such a way that the EU recognized the strategic nature of HPC as a crucial asset for the EU’s innovation capacity. Coordination and capacity sharing between EU-LATAM HPC actors also builds on the possibilities enabled by the new Ella Link submarine cable, which offers secure high capacity connectivity on a unique and low latency diverse transatlantic route. This talk will present the activities that support the collaborations on HPC between the different regions, including a list of successful past projects and ongoing endeavours. In particular, the talk will focus on the results of 4 calls that were launched from 2010 for the development of collaborative research projects in Europe and Brazil, focusing on topics around distributed and HPC computing such as e-Infrastructures, Cloud and Big Data, exascale technologies for energy applications, federation and trustworthiness among others. From 193 proposals, 20 were selected where each party funded 25 million euros. 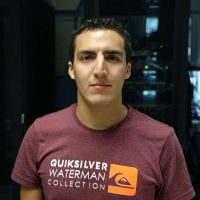 Biography: Bryan is an active Electrical Engineering student at University of Costa Rica, member of the Pattern Recognition and Intelligent Systems Laboratory and also founder and Chair of the IEEE UCR Computer Society Student Chapter, which objective is to encourage students to get involved in programming and computing extra-curricular activities to improve their technical abilities. 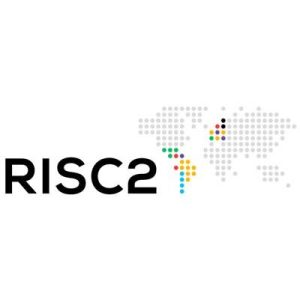 The European project RISC2 aims to create a network to support the coordination of High-Performance Computing research between Europe and Latin America. Its main goal is exploring the real and potential impact on HPC, namely in coping with the growing environmental and scientific challenges and, therefore, in the economies of Latin America and Europe. Gathering key European HPC actors to encourage stronger cooperation between their research and industrial communities on HPC applications and infrastructure deployment. The results of the RISC2 project will promote the exchange of the best practices in HPC, in Europe and Latin America. The project also focuses on boosting Latin American HPC, promoting the interaction between researchers and policymakers in both regions and strengthening their connection, towards the definition of a coordinated policy and a concrete roadmap for the future. 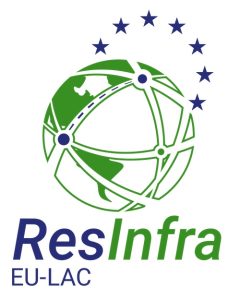 ResInfra pursues the construction of a bi-regional collaboration between European Union and the LAC countries, envisaging a range of different activities that will contribute to this aim. Firstly, the project will create a map of National and Regional Research Infrastructures policies, with the objective of identifying eligible research infrastructures upon which to build this bi-regional collaboration. Additionally, the project will develop four pilot projects, building on existing European Research Infrastructures, each in an area of knowledge identified as a priority for the scientific cooperation between the EU and LAC.

We encourage HPC research groups working on topics of interest to Europe and Latin America to submit their papers (even with work-in-progress, incipient results).

The topics of interest are circumscribed by the areas of the IEEE Cluster conference:

Some important dates to consider (Anywhere on Earth):